Save water with sunken Beds 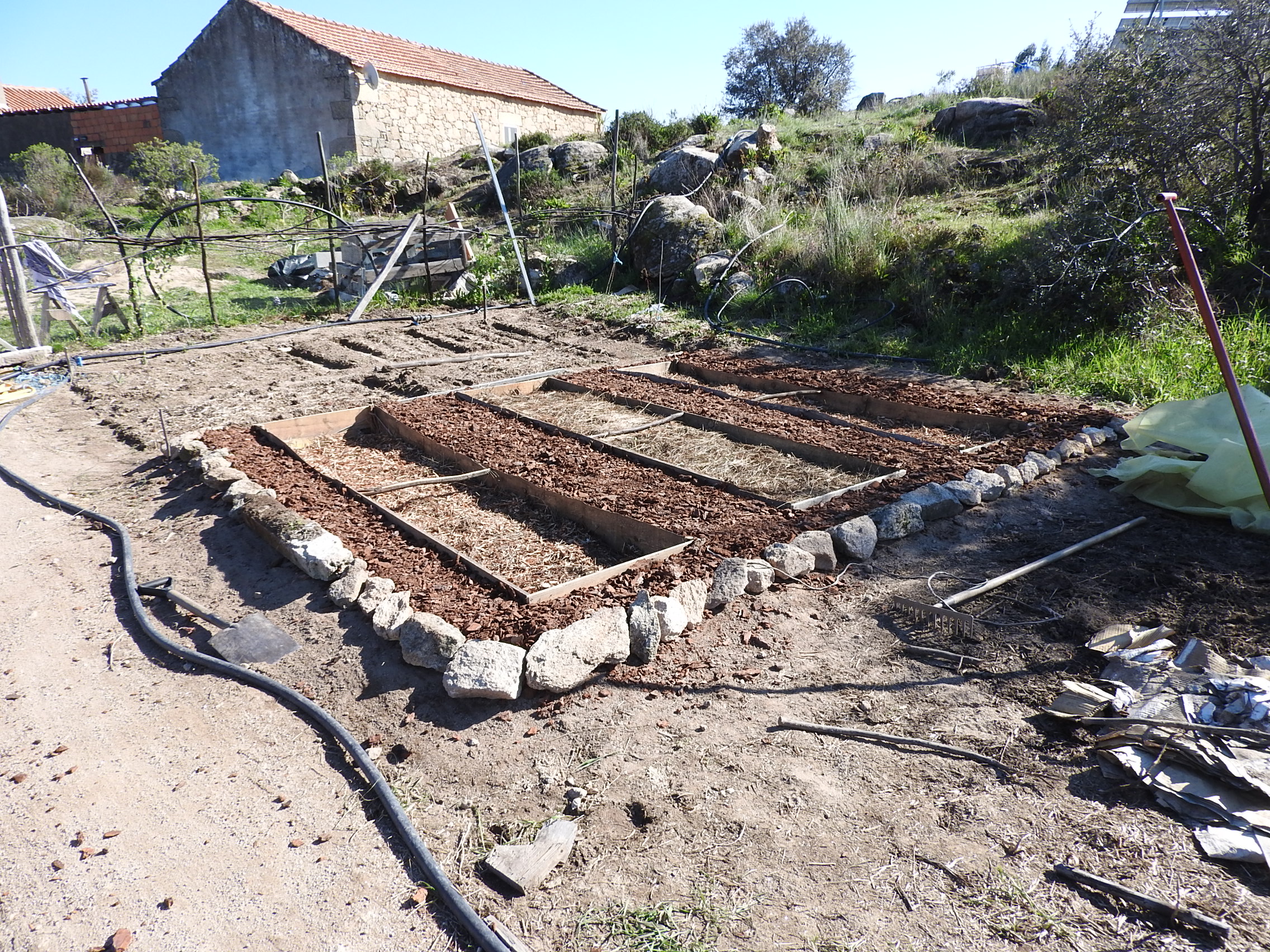 As opposed to building soil above ground with a raised bed, a sunken is bed below ground where it is cooler and wetter. This type of bed appears to work better than a raised bed in Portugal’s hot and dry summers.

Preparing a sunken bed is a lot of work upfront but the rewards can be enjoyed for many years to come. On our latest sunken bed we also built a variety of trellises to help annual plants such as tomatoes, bean and cumbers to climb up. Many volunteers and I built this over 4 months during winter and spring to prepare for 2018’s summer planting.

Our first attempt at a sunken bed was dug in Autumn 2017, it was 5 beds linked together with keyhole paths to increases the bed sizes. What we learnt from this is that the paths wanted to collapse in and so with our newer sunken beds that we are showing you here we did not include keyhole paths and propped up the paths with wooden forms.

At Keela yoga farm Laurence usually comes up with the designs and then empowers different volunteers or course participants to implement them and provides support where needed. With bigger projects like these many people over months put a lot of hours into one project, for example volunteer Mira spent a month working on the first three beds with help from other volunteers, then Johannes built the first trellises. joao then spent another month building the next three beds and trellises and many people helped build the compost and bring in wood chips, weeding and planting. So a big thank you to all the volunteers and friends that helped with this project that will be here for years to come.

*Scowl down for detailed instructions, learning outcomes and a video

Photo gallery of our trellised sunken beds being built and with plants growing up them.

How we made the sunken bed.

It is now later summer and we found that the plants could take up more water with much less irrigation. At the beginning it didn’t even need any water as the roots were deep enough to get water from the water help in the deeper soils. We only needed to water once per week at the hottest times. However some of the compost at the surface went very hard as it dried so it would of been better to continue to just splash water daily to keep all the compost softer and more alive.

For the tomato trellises i found the wire fence to be stronger that the string but the wire cause some bruising to the tomatoes. The string broke a few times so next year i will try with stronger string.

So far the only issue i have had with the crops have been spider mites, next year when i spray down the compost i will also spray the plants to trey and keep them down.

Video of our sunken beds in early summer