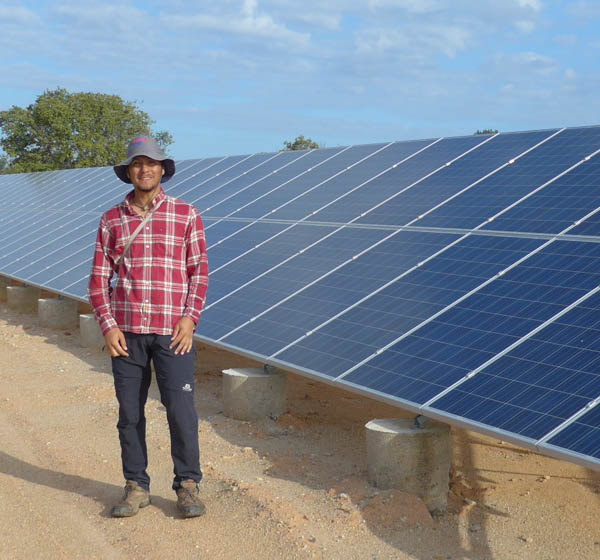 In May 2016 we volunteered at Vale Da Sarvinda Permaculture project near Castelo Branco in central Portugal. We were based inside a national park right on the border with Spain. Here we saw how the permaculture principles can be applied on a very large scale.

Our primary reason for selecting this project to volunteer, was due to their website being in Portuguese. We hoped this would mean that the first language would be Portuguese rather than English like most other projects. We really want to improve our language skills and here we did just that. Chique, the resident cook was one of the people we spoke with most and he couldn’t speak a word of English so we got to practice quite a lot.

Our first two days were working on their huge Shiitake Mushroom farm inside poly tunnels. The mushrooms were grown on Holm Oak wood in huge jenga like piles. We had to take down the piles and remove and logs infected with other fungi and then rearrange them to fit underneath the sprinklers. Getting the humidity levels just right and ensuring optimum hygiene levels is key to mushroom cultivation and this was a good lesson for us to see what problems you can come up against just to grow mushrooms. It was quite repetitive work over two days, but it really did help us connect with mushroom farming, and think and talk about the prospects of including mushroom cultivation at Keela Yoga Farm. Kimberly loves mushrooms, so this will be her little project in the future.

We enjoyed a wonderful tour of the farm from the project director, Filipe. He showed us thousands of Mulberry trees that have been planted in what may appear as monoculture but the next stage is to then improve the degraded soil and plant inbetween them to grow their own mulch. The soil on the terraces is non-existent due to years of plowing and erosion of all the topsoil. They have taken on this huge project to help improve the soil conditions on such a large scale and are now linked with the local university who are researching the different methods of improving degraded soils. They have completed several large earthworks to store water and have huge rows of PV panels to create energy which pumps water up from the river. In addition to all of this, they also have a campsite project where they have built some eco buildings. It really is a huge project and very different from the usual small scale permaculture farms that we have been visiting.

What impressed us a lot was the amazing hot showers that we had! You simply start a small fire under the water tank and add a few logs to keep the fire going. It takes around 15 minutes but it will heat up a huge water tank to 50 degrees that will hold that temperature overnight. We will have to get something like this installed, but we would also like to use a homemade solar water heater to heat up the starting temperature so that we can use less wood in the winter, and none in the summer.

Being right in the middle of a national park with no light pollution at night meant we were covered by a blanket of stars each night; if only I could get good photos of the sky. During the day we enjoyed walks and went for a nice cross country cycle. We also looked at a lot of land that was for sale during our stay at this farm and may even have found the perfect spot for Keela Yoga Farm!