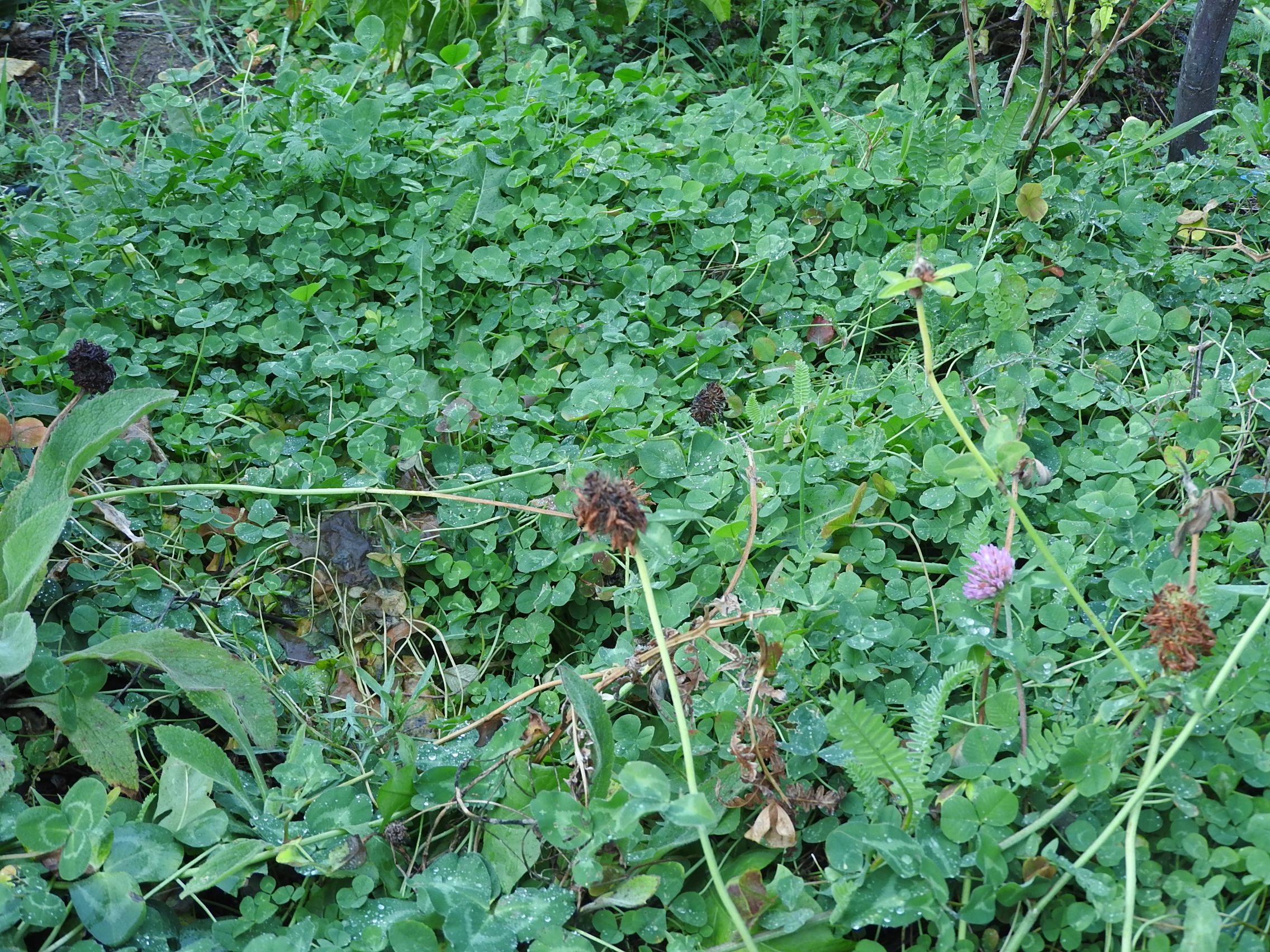 A list of nitrogen-fixing cover crops in Portugal and when to plant them in Portugal. Research-based on our land in Central Portugal.

This page is updated each season as we get more experience growing these. Last update in Summer 2020

Our land has low levels of nitrogen and we are looking to fix this without the use of chemical fertilizers. Our land is already growing nitrogen-fixing plants (Clovers, vetches and bird foot) trees (mimosa) and shrubs (broom), some of which we are removing due to their fire hazard.  It seems that nature naturally fixes itself if left to its own devices. However, we want to speed this up by growing a lot more green material for mulching as well as fixing nitrogen into the ground. These are called cover crops, green manure or green mulch.

This will not only give us a better supply of mulch for composting and planting but the plants will fix nitrogen into the ground. As we usually like to mulch around our plants with a layer of green mulch followed by a layer of brown mulch, we will continually grow these nitrogen fixers in half of our annual garden every year to have green mulch readily available. Below is a list of cover crops you can grow in Portugal and when to plant them

If you’re new to this, here is some terminology for the following article:

Cover crops: Annual plants such as clover that you plant on a resting field or bed to prevent soils drying out, washing away and to fix nitrogen into the ground.

Mulch: Organic biomass that is used to cover the soil to prevent soils drying out, prevent weeds from growing, stop topsoil washing in rain and to provide nutrients to the microorganisms in the soil (e.g. hay)

Living green mulch: For example, clover can be grown around plants to act as a living mulch to prevent soils from drying out, hold off weeds, fix nitrogen and attract pollinators and predatory insects that may eat your pests.

Green Manure: This is cuttings of cover crops that can be used in compost piles or as green mulch (see mulch above). Green mulch is higher in nitrogen than brown mulch (e.g. dry leaves, straw or hay)

Listed below are the ideal times to plant cover crops in Portugal that fix nitrogen in the soil. However, I am sure most of them can be planted at different times just with a lower yield. Many other cover crops bring up nutrients (dynamic accumulators) and create biomass (lots of green mulch) that can be planted but this list just refers to nitrogen-fixing cover crops.

English name (Latin name / Portuguese name) – note there are many varieties for some of these but we have listed at least one. We have underlined the ones we have grown successfully at this time of year. the other ones we have not tried to grow yet.

How do they fix nitrogen?

On the roots of these plants lives a nitrogen-fixing bacteria (rhizobium and others). These bacteria take in nitrogen from the air within the soil and the nitrogen is then available from the plant’s roots, leaves and stems. If you do not have the nitrogen-fixing bacteria in your soils you should inoculate the cover crop seeds in a purchased inoculant.  You can check to see if they are living on the roots of your cover crops by digging them out and checking for nodules on the roots.

To fix this nitrogen into the ground, the plants should be either:

Don’t forget to let some go to seed so you can replant in the next season.

We usually use a little compost or aged manure, which is then completely covered with green mulch (you should not be able to see the compost or manure). We then completely cover this with a thick layer of hay and then a thin layer of straw (again the previous layer should not be visible). The hay has a higher nutritional value for the soil than straw but can harbour seeds from weeds so we cover it with straw which does not contain weed seeds and stays dryer so does not act as a medium for weeds to germinate on. The straw we use has grain seeds of plants which are nitrogen fixers so often a further green cover crop is grown from these seeds that can be chopped and dropped for further nitrogen fixation.

We have been planting clovers around our trees and annual plants as these fix nitrogen and stop weeds growing in beds. There are different theories on when to plant the cover crops around different annuals, but I would suggest doing it a few weeks after you plant annual crops such as cabbages and corn for less competition.

Below, you can see that the bed in one of our annual gardens is covered in green. In this small bed, we had summer crops of tomatoes, cabbage, peppers, brussel sprouts, leeks and onions. The broccoli leaves are still growing and being harvested for the chickens and salads. It has a variety of herbs to attract beneficial insects and to repel pests. It also has the complete area covered in a variety of clovers which we allowed to go to seed.  We have been collecting the seeds for the past few weeks. This week I will pull out all of the plants which will either go to the kitchen or to the chickens. I will cut back all of the clovers and leave the leaves in the bed (chop and drop) and dig them into the ground with a little bit of compost and cover with hay and straw. Ideally, some of the clovers will find a way to grow back from the roots and seeds to fix more nitrogen, I will then leave this bed to rest for one year. During this time I will continue to chop and drop the clovers.

Growing annual nitrogen fixers is a quick method to get nitrogen into the soil. There are also nitrogen-fixing trees and shrubs that can do the job year after year without maintenance. These can be planted in between nitrogen demanding trees, around annual beds or in pasture fields as a lot of them also act as fodder crops providing more sustainable food for livestock as well as shade. I will write about these in a future blog. However until these are established, the quickest way is with the annual cover crops mentioned above.